Best Friends Girl recreate the timeless hits of The Cars spanning a 35-year career, with over 23 million albums sold and having more than 22 songs on the Billboard top 100.  The Cars undoubtedly left their mark in popular culture with notable hits like “Best Friends Girl,” “Shake It Up,” “Magic,” “Lets Go” and of course, “Moving in Stereo” which gained notoriety from its placement in the movie “Fast Times at Ridgemont High.”  Best Friends Girl are comprised of lifelong, top-notch, professional musicians whose goal is to keep the music of The Cars alive with every performance!

The Cars' journey began with Ric Ocasek and Benjamin Orr collaborating on several projects in the early 70's.  Ric and Benjamin eventually completed the lineup with Greg Hawkes, Elliot Easton, and David Robinson in Boston in 1976.  In the confusion left behind from the death of disco and the angst of punk, they forged a new direction bringing together the synthesizer sound with classic rock and roll roots.  It created a unique sound for the time and icon John Lennon became a fan stating, "I think The Cars’ 'Touch and Go' is right out of the fifties ‘Oh, oh…‘ A lot of it is fifties stuff. But with eighties styling.” 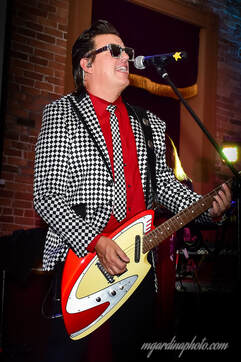 John Starr - Lead Vocals, Rhythm Guitar
Like many young kids John's family thought it would be smart for him to learn how to play guitar, so at age 4 he began the roller coaster ride that has brought him here today.  The lessons were a chore until he met a few friends that could play some instruments and then they put together a band and became musicians. Then in 7th grade he stepped on stage for the first time and the love affair began. Since then there have been thousands of stages and many different musician friends but the thrill has never gone away. Touring with several main stream acts playing guitar, bass or vocals, performing music has always been challenging and very rewarding. Along the way there has been a lot of song writing and also wearing the hat of a producer for some really cool acts. Now with Best Friends Girl he has settled down with 4 very talented professionals and loves every second that they get to perform together. The energy and the enjoyment have come full circle since the little boy first picked up his guitar. 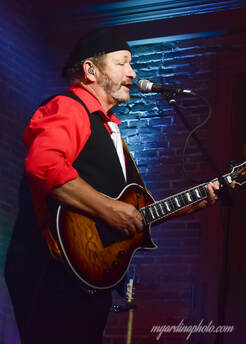 Mike Miller - Lead Guitar Vocals
Mike Miller was born and raised in northeastern Pennsylvania. He was first inspired to play guitar after seeing his cousin Jack's band play at a firemen's picnic. After badgering his parents into submission, they borrowed an old beat up acoustic guitar from a neighbor and he began taking guitar lessons at a local music store. Showing progress, the beat up acoustic was replaced the next Christmas with a hot red Supro electric guitar. The inevitable first band and first gig happened around age thirteen. Later in his teens Mike began playing bass guitar.
Playing in groups and doing "singles" since the late '60s, Mike has played from Maine to Louisiana and many places in between including NYC. Recently retired from his "day gig", Mike is now fulfilling his lifelong dream of being a full time musician.
In addition to Best Friends Girl, he continues to perform an acoustic single and play electric guitar and bass in two other area groups. Mike still resides in northeastern Pennsylvania with his wife and son. 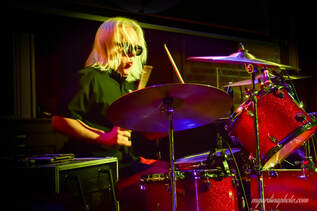 Mike Weber - Drums
Mike Weber started out playing drums when his father sat him down at a drum set at age 7. From then on, he spent just about every day after school playing to albums like the Beatles, Rolling Stones, Led Zeppelin and Beach Boys. He continued to perform in school bands as well as local groups. Through his adult musical career, Mike has toured regionally and nationally, worked as a session musician and played in many original and cover bands. His musical career has afforded him to see many places and meet many fine people. "I would not trade these experiences for anything else and feel very lucky to have this talent" he states. Mike's musical journey has also led him to build a professional recording studio where he can expand his musical roots to music recording, engineering and production.

Tom Wooley - Keyboards
For about as long as he can remember, Tom has been fascinated by synthesizers and organs or any other keyboard based instrument that produces sound through electricity.  By around the age of 12, he discovered Keith Emerson and that was it . . . playing keyboards became an obsession.  Tom is a 30 plus year veteran of the NJ/NY music scene and has performed live or provided session work for countless original and cover acts over the years.  He has worked with several tribute bands including The Reagans (80’s), Us Not Them (Pink Floyd), Evil Ways (Santana), Presence (Led Zeppelin), and Beginnings (Chicago).  His love of quirky synthesizer sounds makes him a natural fit for The Best Friends Girl.  Tom holds a degree in music composition and still composes/records whenever time permits.  He is a voracious lover of all music styles and will happily listen to anything that doesn’t suck.  He manages a well established music store when not on stage.  He’s happily married with two outstanding teenage daughters.